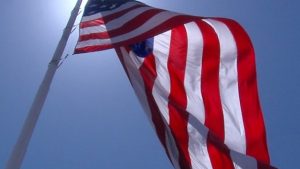 Don’t keep secrets that make you uncomfortable. Tell someone. By relaying this simple –  yet invaluable – message to our children, we hope to keep them safe. We want our youth to know that adults who care about them will always work to protect them. Fostering a sense of safety and security in young people gives them confidence to step into new experiences and relationships. They may engage in school activities, play on sports teams, or join youth organizations.

The adults who facilitate youth programs serve as mentors, deemed deserving of their young charges’ trust. But sometimes, adults violate this trust. They harm our children. Over the past few years, media reports have confirmed our worst fears: our children are not safe. Catholic priests molest their congregants. Human traffickers lure children with promises of love and comfort, then trap them in lives of servitude. High profile sports doctors assault their patients. And recent allegations suggest that leaders in the Boy Scouts of America sexually violated thousands of children over the course of seven decades.

Some of these scouting victims did as we might hope: they confided in a trusted adult about their abuse. But when officials at Boy Scouts of America heard many of these reports, they chose to put the reputations of accused Scout leaders and the organization before the welfare of the children they served. We know this because the Boy Scouts kept records, tracking accusations against their volunteers in so-called “perversion files.” Many times, the Scouts failed to report these allegations to authorities. They kept accusations of abuse from the media and the public. Sometimes they placed suspected perpetrators on leave, allowing them to return to the organization after a period of “good behavior.” In an interview with National Public Radio, Jason Felch, a Los Angeles Times reporter who investigated the Boy Scouts’ files, states, “What’s clear is that the Boy Scouts had a relatively high bar for expelling a member.” Further, we have reason to believe the numbers of perpetrators and victims are far greater than the figures reflected in the files. The Daily Beast reports that an unknown number of Boy Scouts records were deliberately destroyed in the 1970s; in some cases, the Scouts disposed of files when the accused volunteers turned seventy, reasoning the men were too old to reoffend.

The growing number of accusations against Boy Scouts leaders suggest that many of them did, indeed, reoffend.  In response to criticism – and lawsuits – against the organization, the Boy Scouts asserts that known perpetrators would never be permitted to work with their scouting youth. The data in the perversion files certainly raise questions about that claim. In an official statement, the Boy Scouts contend that their scouting children’s safety is their highest priority. If this is the case, then why do the Scouts continue to hire lobbyists who attempt to weaken legislation that would support sexual abuse victims?  The Washington Post reports that lobbyists working on behalf of the Boy Scouts have been active in Georgia, New York and Michigan. While trying to maintain a “low-profile” with their endeavors, Boy Scouts lobbyists have managed to slow down and weaken bills that would allow victims to hold their abusers accountable.

Don’t keep secrets. We are responsible for teaching this lesson to our children – not to a worldwide organization that purports to protect and nurture youth. The Boy Scouts of America failed their young Scouts. Again and again, the organization closed the book on allegations of sexual assault, choosing the preservation of its reputation over the welfare of victims and communities. It’s time to put an end to Boy Scout’s silence. If you or someone you know has been sexually abused by a member of the Boy Scouts, please reach out to our qualified attorneys for a free consultation.