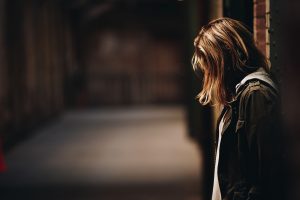 Prostitutes are not human trafficking victims. That is the assertion of opponents to a bill recently passed in the Florida Senate. The legislation aims to curb the rapid growth of trafficking by mandating awareness education for employees in trafficking hotbed sectors such as massage parlors and hotels; it also establishes a “soliciting for prostitution” database. Individuals and advocacy groups against the proposed law claim that the provisions disproportionately target vulnerable populations while punishing professional sex workers.

According to proponents of the professional sex industry, consent – or the lack thereof – is a key distinction between professional sex workers and human trafficking victims. The U.S. Department of Justice highlights force, fraud or coercion as defining tactics in trafficking. Stripped of their autonomy, trafficking victims become trapped in lives of sexual servitude. By contrast, professional sex workers, sometimes referred to as prostitutes, willingly trade sex for money. They choose their clients, set their price, and control the parameters of their transactions.

Not everyone believes in a neat distinction between professional sex workers and human trafficking victims. Nikki Bell, profiled inThe Boston Globe, is a former teenage prostitute who now advocates for victims and gives speeches to men convicted of soliciting prostitution. She contends that prostitution is not really a choice: the “real choice” is made by the buyer, not the seller, of sex. Bell posits that prostitution exploits the vulnerabilities of people from marginalized communities, trapping them in a cycle of sex for survival. The Advocates for Human Rights, a non-profit organization, echoes this view, stating “Poverty, race, lack of resources, and violence consistently play a coercive role in prostitution.”

Some advocates of the professional sex industry fear the passage of the Florida bill would damage sex workers’ livelihoods by subjecting them to humiliation through exposure on the prostitution database and scaring away clientele. According to the Miami Herald, Kristen Cain, part of the Sex Workers Outreach Project in Tampa Bay, claims, “The methods implemented by these laws target my friends and my clients. They target me.” On the other hand, supporters of the bill believe the legislation would intercept trafficking, ultimately helping to save victims from lives of forced sexual servitude. Although supporters and opponents of the Florida bill appear to have irreconcilable stances, perhaps they do share some common ground: whether advocating for professional sex workers or trafficking victims, both groups are concerned with the welfare of vulnerable populations.

Whether we call them sex workers or trafficking victims, we treat them as criminals. According to The Boston Globe, “The criminal justice system is typically disposed to treat prostitutes as criminals and their customers as misguided consumers.” Law enforcement often fails to recognize the complex scaffolding that supports prostitution; trafficking victims are punished while their exploiters remain in the shadows, free to chase their illegal pursuits. And even when the criminal justice system condemns perpetrators, these penalties do little to support victims with their ongoing survival and recovery. A publication by Harvard Law School observes, “once a victim of trafficking has passed through an initial period of crisis, basic needs and civil legal issues often appear much higher on the client’s list of priorities than anything that goes before a criminal court.” Civil law works to hold traffickers and the industries that support them accountable, while helping survivors secure the resources they need to live healthy and secure lives. If you would like to explore how the civil justice system can work for you, please contact our qualified attorneys for a free consultation.