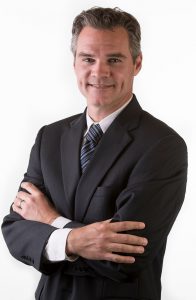 R. Jason Richards, a partner with the firm, practices pharmaceutical liability, products liability, insurance and class action litigation. Jason is AV® Peer Review Rated by Martindale-Hubbell, the organization’s highest rating for legal ability and professional ethics. He also has been named as one of the “Top 100” civil trial lawyers in Florida by the National Trial Lawyers and recognized as a Florida Rising Star by Super Lawyers Magazine.

Mr. Richards is a frequent author and speaker on legal issues. His published works have been cited in over a dozen federal and state court opinions, including opinions by the U.S. Court of Appeals for the Tenth Circuit and for the Eight Circuit. His articles have also been cited by numerous scholars in books, treatises, and law review articles. Jason has authored appellate court briefs at the state and federal court level (including as lead counsel in two proceedings before the United States Supreme Court) and has presented oral arguments before Florida’s First District Court of Appeal.

Mr. Richards’ opinions on legal issues have been quoted in several news media outlets, such as the National Law Journal, Bloomberg, Fox News, and Law360. He has spoken at national legal conferences, law schools and colleges, and has taught continuing legal education seminars to other attorneys on various legal subjects. Mr. Richards currently serves as an Adjunct Professor at the University of West Florida where he teaches a course in Evidence. He is also the former Chair of the Florida Bar Journal’s Editorial Board, serving as an appointed member from 2012-2018.

Mr. Richards’ mass tort experience includes an appointment to serve on the Plaintiffs’ Executive Committee in In re: Fluoroquinolone Products Liability Litigation (MDL 2642), a mass-tort litigation involving the use of Levaquin/Cipro/Avelox and the risk of developing peripheral neuropathy. Before that, he was appointed by a federal court to serve on the Plaintiffs’ Steering Committee in In re: Effexor (Venlafaxine Hydrochloride) Products Liability Litigation (MDL 2458). Mr. Richards has also been a member of the plaintiffs’ discovery, marketing, and law and briefing committees in the In re Zoloft multi-district litigation and served in similar capacities in the In re Avandia and In re Viagra multi-district litigations.

In addition to his experience in mass torts, Jason was lead counsel in a case in which he successfully obtained class certification on behalf of over 1,000 patients who were subjected to unlawful hospital liens and was successful in obtaining a court order permanently enjoining the hospital from continuing to use the provisions of a Special Act as a basis to enforce the liens.

Prior to joining the firm in 2004, Jason served as a Deputy District Attorney in Colorado where he was as lead prosecutor in over a dozen felony and misdemeanor trials. He is admitted to practice in Florida and Colorado, before the United States Supreme Court, and in numerous other federal courts.

“We, the Class: What the Founding Generation Can Tell Us About Adequate Representation in Class Action Litigation,” 48 Suffolk U. L. Rev. 769 (2015) (co-author) (lead article).

Co-Presenter, “Birth Defects: Zoloft and other SSRI Drugs – The State of the Litigation,” 2012.

Presenter, “Find it Fast and Free on the Net: Strategies for Legal Research on the Web,” National Business Institute, 2010.