Sexual Predator Jeffrey Epstein and the Power of Privilege 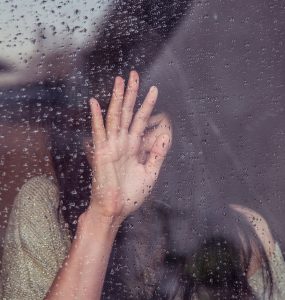 Florida, with its warm climate and beautiful beaches, is the second-most visited state in the U.S., according to worldatlas.com. But the Sunshine State has a darker side: the National Human Trafficking Hotline reports that Florida is among the top three states for reported trafficking cases. In 2018, the anti-trafficking organization received information pertaining to 767 trafficking incidents in Florida, the majority of which involved female victims. And if recent events are any indication, trafficking cases in Florida are not declining: just days ago, federal and state law enforcement agencies raided massage parlors in Pensacola, Gulf Breeze and Gainesville and charged the businesses’ operator, David Clayton Williams, with crimes related to sex trafficking.

Traffickers use force, fraud or coercion to trap their victims into labor and/or sexual servitude. Federal law also defines anyone under 18 who engages in a commercial sex act as a trafficking victim. Williams allegedly trafficked women from Asia, some of whom may be under 18, bringing them to his massage parlors in Florida, Virginia and Pennsylvania – not to offer massages, but to perform sex acts on customers in exchange for money that the business operator then pocketed.

The federal investigation of Williams began in 2017, after the National Human Trafficking Hotline received anonymous reports about illicit activities in his Florida massage parlors. The arc of Williams’s alleged activities follows the pattern of many human traffickers. Investigators discovered that Williams spent almost $65,000.00 placing over 6,800 ads for his businesses on Backpage.com, the now-defunct website that was notorious for promoting prostitution and sex trafficking. Traffickers tend to move their victims around to avoid detection and indeed, some of the women in Williams’s massage parlors had travelled extensively across the U.S. Evidence also suggests that some of the women lived in the massage parlors; it is not uncommon for trafficking victims to be housed at the site of their exploitation. A status conference on the case is currently scheduled for August 28th.

Human trafficking is the second-largest criminal industry in the world – and by all accounts, it appears to be a growing epidemic. If you think trafficking is something that happens “over there” – in other countries, other states, other cities or towns – think again. Just look at the data on humantraffickinghotline.org/states: in 2018, there were reports of human trafficking in every single state in America.Children are particularly vulnerable to being trafficked; the organization, In Our Backyard, reports that according to the National Center for Missing and Exploited Children, over 100,000 youth are trafficked annually in the U.S. While traffickers tend to target marginalized populations, such as runaway youth, they are skilled at recognizing and exploiting the vulnerabilities of individuals from both resourced and disadvantaged circumstances.

If we want to combat human trafficking, we must notice when – not if – it is happening in our own communities. To do this, we must educate ourselves about the signs of trafficking. In her post for Psychology Today, Wendy L. Patrick, Ph.D., notes that most human trafficking victims are trapped by the “invisible chains” of physical, emotional, and psychological harm. She writes, “We all want to believe we live in a nice, safe neighborhood… But too often, human trafficking victims are hiding in plain sight.” In the bustling beach town of Pensacola and in the quiet community of Gulf Breeze, David Williams set up businesses built on the sexual exploitation of women and girls. How many people passed by his massage parlors or encountered his victims, oblivious to the signs that something was amiss? How many people made David Williams a richer man by purchasing sex from his victims? Our attorneys are committed to holding traffickers like Williams, as well as the people and systems that enable them, accountable for their abuses. If you or someone you know is a survivor of human trafficking and would like to learn how the civil law can help you obtain justice, contact us today for a free consultation.