You Had It Coming: The Implications of Victim-Blaming

People for Profit: The Interdependence of Business and Human Trafficking 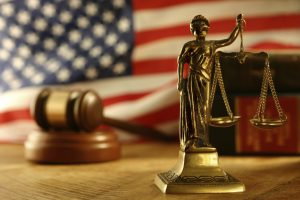 Loss of control: it’s a defining experience for survivors of sexual assault. By violating their self-determination and bodily autonomy, perpetrators strip away their victims’ rights. And long after the abuse – whether a single incident or a chronic pattern – many survivors struggle to establish a sense of control over their emotions, safety and relationships. For many victims, using the civil justice system to hold offenders accountable can be a step toward reestablishing autonomy. In an interview for Rewire, Gloria Allred, a civil rights attorney, describes civil action as “‘empowering,’” noting, “‘You’re moving from being a victim to a survivor to a fighter for change.’”

Television shows give us a tidy perspective of the justice system: a case is argued before judge and jury, a verdict issued, the offender sent to prison. But real-life law is a bit more nuanced. Sexual assault cases, for example, may be pursued in both criminal and civil courts. These two types of litigation differ in both their processes and their outcomes.

In a civil suit, the victim initiates and actively participates in the proceedings. By contrast, a criminal case is filed by state or federal governments and the victim acts as a witness rather than actively shaping the direction of the case. Further, criminal law puts the burden of proof on the prosecutor, requiring that the defendant is shown to be guilty “beyond a reasonable doubt.” In civil cases, “preponderance of the evidence” – showing that a claim is likely true – is the guiding principle. This means that a defendant who is acquitted in criminal court may still be held accountable in a civil case. While convicted perpetrators are often sentenced to incarceration or probation in criminal law, civil suits may result in compensation for the victim’s measurable and intangible injuries. According to The National Center for Victims of Crime, these may include “medical and therapy expenses, psychological damage, damage to family relationships, and lost wages,” as well as “non-economic damages, such as pain and suffering and punitive damages.” Finally, while criminal law prosecutes individuals, civil law allows victims to bring their claims against entities, such as businesses and schools.

The efficacy of civil law is making headlines. Civil suits allow survivors of clergy sexual assault to demand accountability not just from individual priests, but from the Catholic Church as a whole. Similarly, civil law allows human trafficking victims to bring charges against any entity that has benefitted from their forced labor. The Human Trafficking Task Force e-Guide points out that pursuing civil action can help trafficking survivors “reverse their victim status and feel in charge of their lives once again.” And businesses, such as hotels, that benefit from trafficking are being identified as culpable. These civil cases ultimately shine a light on institutional dysfunction and promote societal change.

If you would like to learn more about pursuing a sexual assault claim, please reach out to our experienced attorneys. We will listen to you, we will believe you, and we will help you navigate the civil justice system with your desired outcomes in mind.