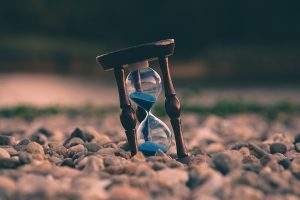 A child is sexually abused every nine minutes. According to RAINN, a national anti-sexual violence organization, data from child protective services supports this alarming statistic. Given that sexual abuse is thought to be a dramatically underreported crime, we can assume that the number of victims far exceeds the reported figures. Yet, as the National Sexual Violence Resource Center reports, a mere twelve percent of child sexual abuse is reported to authorities. While these cases represent a fraction of sexual abuse survivors, an even smaller number succeed in holding perpetrators accountable in courts of law. A significant barrier to justice, claim survivors and their advocates, are statutes of limitation that restrict a victim’s timeframe for pursuing legal claims.

State laws dictate the amount of time victims can take to sue their abusers and who they can hold accountable for the offense. These statutes of limitations vary widely from state to state. For example, in Alabama, survivors must file sexual abuse claims within two years of the assault. In Minnesota, by contrast, there are no filing time restrictions placed on survivors who were under eighteen when the abuse occurred. Further, the Minnesota statute allots a time period for suing third-parties who were culpable in the abuse. Given the increasing reports of sexual abuse in the Catholic church and in organizations such as the Boy Scouts, this last provision is particularly important as it allows survivors to expose institutionalized abuse and to pursue compensation for damages.

For sexual abuse survivors and their advocates, laws that impose short timeframes for pursuing claims – such as the statute of limitations in Alabama – harm survivors and protect perpetrators. According to Child USA, a non-profit dedicated to preventing child abuse, the average age for disclosing childhood sexual abuse is fifty-two. Many factors contribute to this delayed reporting.  Children, who only want loving, safe relationships, are particularly vulnerable to the manipulation of their abusers; many survivors are well into adulthood before they realize that the way they were treated was not normal or okay. Some children are – justifiably – afraid to report their abuse, and dissociate from the trauma so they can function in other aspects of their lives. Unless survivors engage in a healing modality such as psychotherapy, this pattern of dissociation can last a lifetime. Further, many abuse survivors engage in risky behaviors that serve as coping mechanisms in the short-term, but that wreak havoc on their lives in the long run. These victims may only be prepared to face their abuse once they have managed issues such as substance abuse or mental health problems. Pursuing justice and compensation for their abuse is one way survivors strive to take back control of their lives. But restrictive statues of limitations retraumatize survivors, reinforcing their sense of powerlessness by denying them a path to justice.

It appears that some lawmakers are finally recognizing the damaging effects that statues of limitations have on survivors. Recently passed legislation in states such as Tennessee, New Jersey and Montana eliminate or extend timeframes for filing civil claims. The pursuit of civil claims is particularly important for survivors of sexual abuse. The Center for Justice and Democracy reports, “Survivors can face terrible financial burdens, including medical and mental health care bills, while also experiencing trauma, pain, suffering and lost quality of life. The criminal justice system isn’t designed to compensate them for such injuries, but the civil justice system is.” Further, while civil law addresses the offenses of perpetrators, it also demands accountability from the people and institutions that implicitly or explicitly supported the abuse. Our attorneys are committed to obtaining justice for survivors of sexual abuse. If you would like to learn more about seeking restitution through the civil justice system, please contact us for a free consultation.